If you have been a follower of this blog since the beginning, you know that I wasn’t exactly a pony person. I liked ponies about as much as any avid full size horse riding equestrian. We think they’re adorable miniatures of full size horses, that provide plenty of comedic relief, and are the equivalent of an F4 tornado encased in fur with all of the destructive properties of said tornado. If you are an equestrian, you know smaller does not equal safer, and anything under 14.1 is essentially Satan. Still none of that ever dissuades equestrians from collecting these minions of hell as yard art or an equine companion. 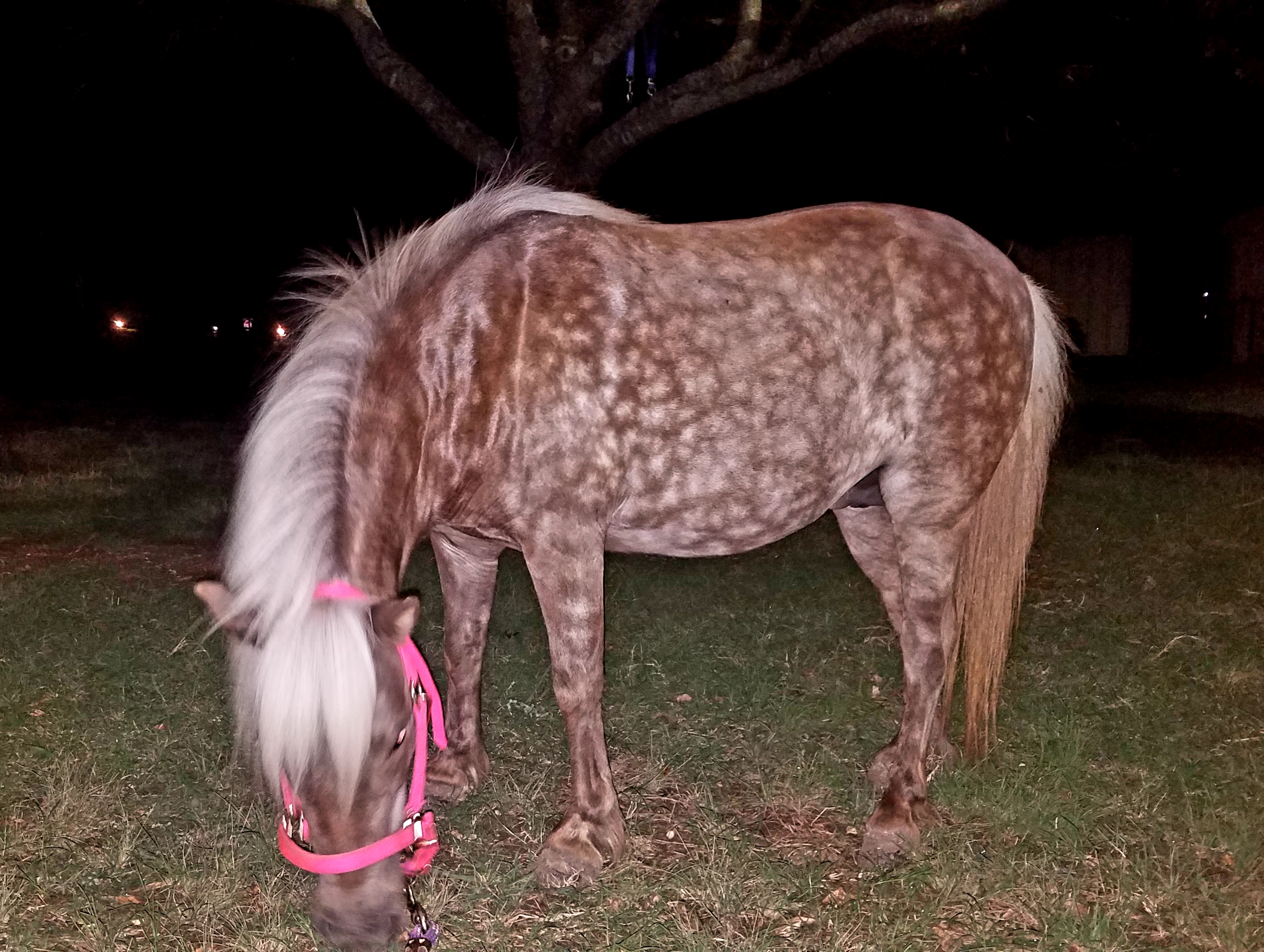 Ponies are simply magical if you are a six year old girl, and let’s face it, if you are still enjoying horses past your twenties, you really didn’t mature that much beyond six years old anyway. You just have better words to describe $hitty situations and people than uh-oh and doo-doo head. It’s nearly impossible to justify the blood, sweat, tears, and money you devote to your ungrateful equine when speaking with a rational adult, all in the pursuit of a twenty five cent piece of ribbon. Some equestrians might actually draw a check in competition, but the vast majority of us are just sinking our hard earned cash into a money pit. I’ve yet to find the hardcore equestrian (amateur and professional alike) that can’t be reduced to squealing “Look at the pony!” when presented with a furry little demon with a mane and forelock that practically reaches the ground.

Usually most equestrians can hold the six year old girl at bay, but some of us give into those childhood whims and begin collecting ponies like our six year old selves collected Breyer Horse models. It starts with one furry demon. It doesn’t eat that much, and you think to yourself, maybe it would like a friend it’s own size to hang out with. Before you know it, you have a herd of the little devils running the show. They’re just too cute, and it’s impossible to own just one. Even Darling Husband has come back from a horse auction more than once with an unexpected pony in tow. He just shrugs and says “They’re relaxing.” Later, I have to remind him they ‘re relaxing when he’s repairing the latest farm infrastructure destroyed by a pony.

Ponies are great for people that may no longer be physically capable of riding, and when trained to drive they are every bit as much fun as a full size horse. In fact, I prefer using ponies in parades over full size horses, because the cuteness factor almost always steals the show. There are just so many more costume options when you factor in decorating the cart or wagon. I have several friends that are perfectly capable of riding full size horses that have totally converted to all pony farms. I can’t say they are wronPonies have a lot advantages over full size horses. Specifically the smaller the equine, the easier almost everything is logistically, smaller trailer/vehicle to haul them. Ponies can be housed in a much smaller living space. They generally cost less in routine vet care and feed, but that doesn’t mean they can’t come with full size horse problems. In general, they’re less dangerous. Two hundred to four hundred pounds is easier to control than say nine hundred, if the animal decides to bolt. Full size horses just can’t compete with the overall cuteness factor. Even equine marketing genius, Clinton Anderson, says his miniature horse, Phoenix, has made him more money than any other marketing campaign. Phoenix is so popular, he has his own fan base, and fundamentals training library. 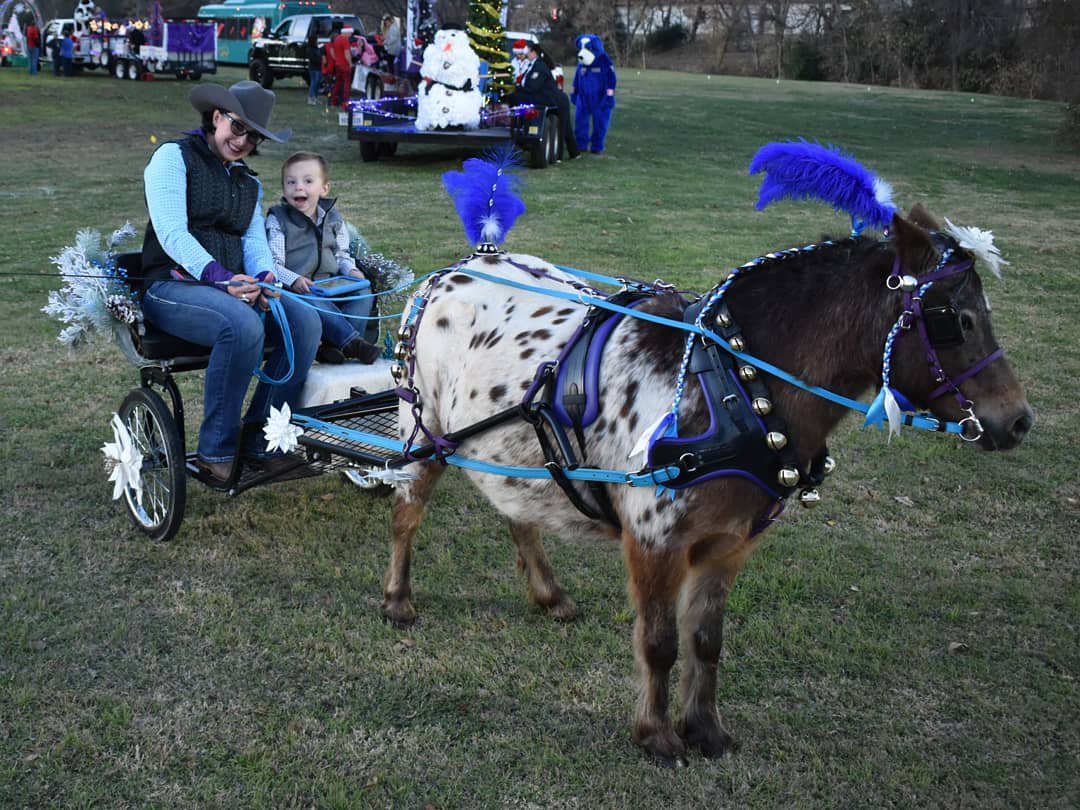 In my own experiences, I think the ponies make up for what they lack in size in heart. My ponies/miniature horses will come to me at a dead run, anytime I enter the pasture. They demand my full attention, and genuinely want to be with me. Things that freak out my full size horses, don’t even register with my ponies. I’ve asked them to do so many things, that my full size horses bulk at and have trusted them with my most precious cargo, Offspring. Parades with screaming people, sirens, and loud roaring engines? No problem! A night time trail ride through flashing Christmas lights, wearing sleigh bells with a squeeing toddler in tow, and then off-roading through the woods in the pitch black to get back to the trailer? Child’s Play.

Really, I can try to justify my love of the ponies with hundreds of rational adult sounding reasons, but in reality when I’m braiding those luscious manes/tails in colorful ribbons/flowers and attaching unicorn horns to their brow bands, I’m reduced to that six year old girl in love with her pony and not a care in the world. They say every horse/pony deserves to be loved by a little girl at least once in their lives, and even though I’m well into my thirties heading into my forties, I can say each of ours are living that dream. From the pony groups I’ve joined on Facebook, I’m pretty sure there are quite a few ponies/mini’s living the dream. 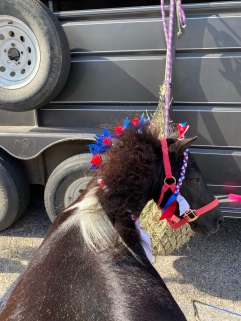 View all posts by M.L. Gardner